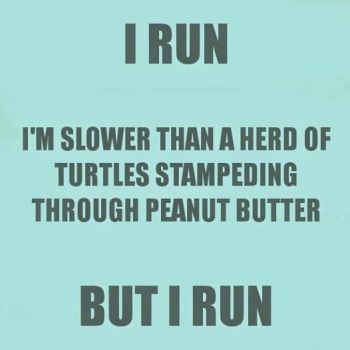 May was an awesome month for running.  I averaged about 10 miles per week, which is the best I have ever done.  In the past it’s been like… oooh, this week I ran about 14 miles and the next week I manage 6 if I am lucky.  But I have been more consistent in my training.

Besides the obvious accomplishment of banking more goals this year than last year, I also conquered Couch-2-5k.  Obviously I have run a few 5ks in my day, but the point was that I had never finished the training plan.  In fact, I started it on my phone app on 6/24/13… and I just finished it, almost a year later, on 5/17/14.  On 5/18/14 I started the 5k-to-10k plan and have been chugging along with that.  I am so proud of myself!

So here’s my mileage update…

As you can see, it is all downhill from here.  Unless something crazy happens, I don’t think it will be a problem to beat any of my mileage from last year in the upcoming months… especially when we get to September! ;)

In all seriousness, my mileage should be creeping up.  I plan to finish the 5k-to-10k training by mid to late July, which doesn’t go by mileage but by time running.  The longest run is a full 60 minute run.  Once that is complete I will be focused on building mileage and probably will go back to a run/walk type training to prepare for my half marathon in November… hopefully a good 15 weeks of training.

I am excited for my training!

8 thoughts on “Banking the Miles: It’s All Downhill From Here!”