February was a month of redemption for your RD on the Run.  I got back to running at least 3-4 days per week and even started to incorporate some cross training. I ran two races, neither were PRs but both were enjoyable in their own way. I finally managed a couple of double digit runs. I felt redeemed in other areas of my life, too – REDEMPTION is definitely my word for 2018.

And then… things came crashing down. Quite literally. On Thursday 3/1, at the end of an awesome 5 mile run with my friend Christine, I tripped over some sidewalk and literally fell on my face. The funny part of the story is that I paused my Garmin when it happened. The not so funny part is that I got to spend a couple of hours at Med Express getting my face stitched back up. As sucky as it was to have fallen and busted open my face, at least I did not break any teeth or bones, and I will be able to return to running ASAP. I’m taking the weekend off to enjoy some R & R with my parents and hubby, but hopefully will be back to the grind on Monday!

Let’s talk about February, though, shall we?

Here’s where I stand with my mileage from last year vs. this year:

What was I training for? As I mentioned in my last post about the BARC Mardi Gras 5k, I changed my plans from running the Martian Marathon on April 14th to the Glass City Marathon on April 22nd. It gives me an extra week of training and the course is flatter. It’s also a bigger race, so there will be more crowd support. My own concern is the 6 hour time limit, but it is not a huge concern. My friend Christine wants to beat her marathon PR of 5:54:09.6, and in training we have been aiming for about a 13:00/mile pace.

What races did I run? Winterlaufe 8k and BARC Mardi Gras 5k

Best performances: I don’t feel like I truly “raced” this month, so I have to say my best performance was my 13.5 mile solo long run. It wasn’t my fastest by any means but it definitely helped me with my confidence in preparing for the marathon.

Opportunities for improvement: Umm, try not to be such a klutz?! But really, keep up the training. Eating better, staying hydrated, and mixing it up with some cross training is always on my list for improvement and this month is no different.

What’s ahead: One of my favorite races of the year is just two weeks away – the Bay City St. Patrick’s Day Races, sponsored by Catholic Federal Credit Union. This will be my third time running this race, second time running the Irish Double (8k at 9:30am followed by 5k at 11:30am) and it is my hubby’s first Irish Double! I have been honored to be a Race Ambassador for this year’s race and as the countdown continues, the excitement builds. If you want to sign up, there’s still plenty of time – the Irish Double is full, but you can sign up for any of the individual events until the day of! For more information, check out the website – the FAQ page is a lot of help.

After that, my focus will be getting ready for the marathon, as that will be my next race. 7 weeks and counting until I run my third marathon… 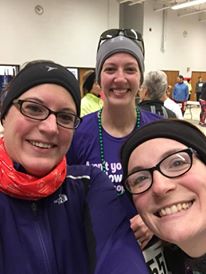 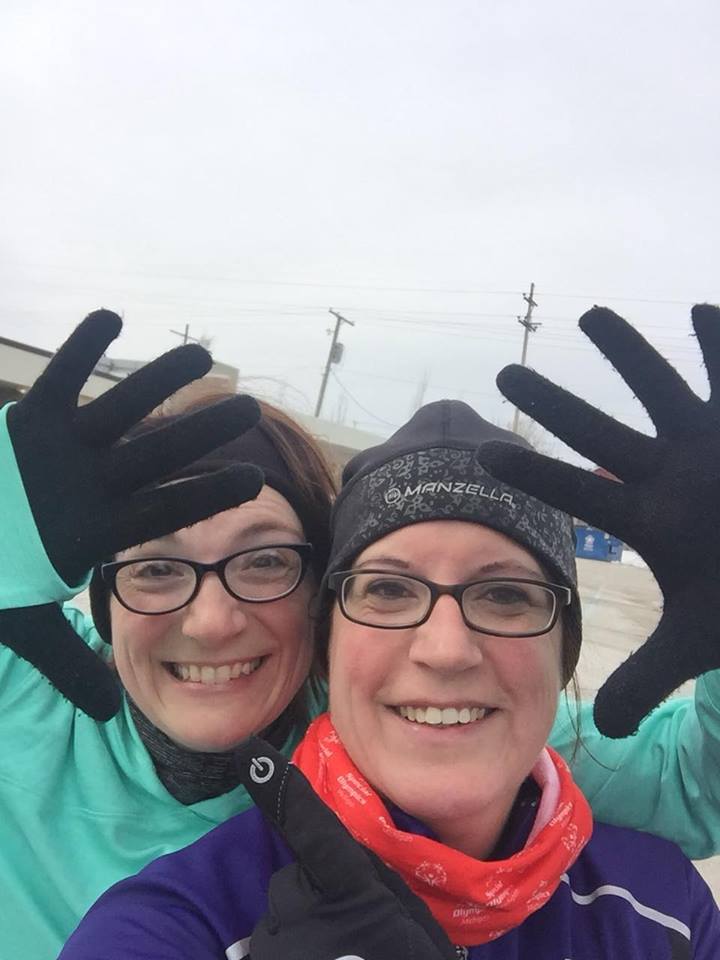 There’s a new post up on the blog about how the events of 2020 til now have impacted my mental and physical health. A link to my blog is in my Instagram profile or you can find the post on my Facebook page.
I chose to do my long run solo this weekend. It would’ve been easy to cut the mileage short when it started misting rain, to walk more when I got tired, or to skip it altogether. I couldn’t find my headphones, so I started the run with music playing out loud from my phone. Eventually I turned the music off and finished the run just listening to my own footsteps and the sounds of nature around me. I thought about a lot of things while I ran… some fun thoughts about upcoming races, some challenging thoughts about how my life has changed, some inspiring thoughts about the future. Before I knew it, my watch read 8 miles and I had finished my run.
My race recap of @ccriverrun 2022 half marathon relay is up on the blog! Link in bio or find the post on my Facebook page.
Capital City River Run 2022 - Half Marathon Relay was a blast!!
It’s officially fall, y’all! My favorite season. When all of those miserably hot summer training runs culminate in much cooler race day temps and PRs. When fresh and fruity summer scents and foods transition to warm and comforting meals and aromas. When Mother Nature gives us a show, turning the leaves to gorgeous hues of red, orange, yellow and brown.
It’s been a few days, I thought I better share some pics otherwise y’all will think I quit running or something 🤣
Changing jobs + starting a master’s degree + being a good friend & wife + keeping up with chores + exercising & other self care = HARD. It’s hard! But I’m doing it. And I know I’m doing it for all the right reasons!
What an absolutely perfect night for a run/ride! 4.5 miles done, hoping to get back on track with training for the @freepmarathon international half marathon coming up in 5 weeks.
As part of raising valuable funds to support mental health awareness, @stillirun hosts three events a year. The next event is the World Mental Health Day 5K and it takes place October 8.